As the IPL 2021 is nearing its end, it has been a wonderful journey amidst the coronavirus pandemic. IPL is known for entertaining the audience. All the teams stepped into the IPL with a notion of winning the trophy. After the sudden decision from the BCCI to schedule the tournament at a different venue, things changed lately.

Teams weren’t allowed to play in their hometown in the first leg. After the venue change to UAE in the second leg, this season attained its stability. Due to the new ground and different location, teams had to change their strategies. The slow pitch was not in favor of the batsmen. However, spinners were benefited by this condition.

This brought in a major hit in the performance for many teams and they couldn’t score their average runs. Few teams who were a prey to this slow pitch were Sunrisers Hyderabad, Punjab Kings, Mumbai Indians, and Rajasthan Royals.

Earlier, these teams were doing a great job in India. Mumbai Indians will look for redemption and dominate the upcoming IPL next season. According to the BCCI, two new teams will be added to this extended IPL family. Due to this reason, a mega auction will be conducted in the upcoming months of 2021.

KL Rahul Pleads Punjab Kings to Release Him from Team

According to reports, Punjab Kings captain, KL Rahul has approached the franchise secretly to release him during the mega auction. This 28-year-old has been in phenomenal form this season.

Currently, he is the leading run-scorer of this IPL season and also holds the orange cap. It is quite remarkable since his team has already been eliminated and yet he has scored huge runs which might be difficult to crack. KL Rahul is also a part of the World Cup T20 team.

Few other reports say that KL Rahul wants to be part of the Royal Challengers Bangalore team. Moreover, this would be a perfect chance for both the franchise and him since they are hunting for a new captain next season

Also, KL Rahul is from Bangalore and his family has settled there for many decades. Rahul has been an ardent RCB fan from his early college days in Jain College. This movement might favor both him and the franchise and might even become a deadly combo in the upcoming days. 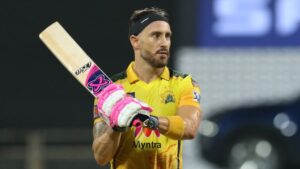