KL Rahul was batting brilliantly till he was run out in the second ODI against West Indies at the Narendra Modi Stadium in Ahmedabad due to a mixup with Suryakumar Yadav. Rahul was looking for the second run when he smacked the ball to the left of deep cover. KL Rahul was heading towards the danger end when Suryakumar Yadav reacted for the run. KL Rahul, on the other hand, simply halted for a second during the run, resulting in his run out.

KL Rahul returned to the side in place of Ishan Kishan after missing the first ODI against the West Indies and struck 49 from 48 balls. On Wednesday, the right-handed batsman batted at number four, a position where Rishabh Pant batted frequently throughout the South Africa series.
KL Rahul hit four boundaries and two sixes in his innings.
The reaction to KL Rahul’s runout on Twitter was as follows. 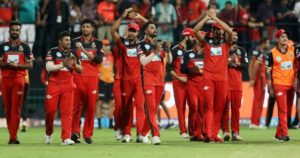 Omos sends a message to The Undertaker on Twitter