The Undertaker is all set to attend the upcoming weekend’s Royal Rumble at St. Louis. This has left the fans in curiosity about what the legend and WWE have planned for their audience.

One of the possibilities is that he enters to support his wife Michelle McCool, who is anticipated to enter the ring of this year’s Royal Rumble for women. However, one can never apprehend what plans WWE has for us. Here are the top 5 things that might happen during the Undertaker’s appearance at the Royal Rumble:

5. WWE Announces About the Undertaker’s Participation in Hall of Fame 2022

The Undertaker is undoubtedly one of the best of all time in the WWE world. He made his debut game in 1990 and has marked his territory that will be cherished forever. However, it’s high time that he brings out the man behind his gimmick, Mark Calaway. He has lived in this character so long that people recognize him as The Undertaker.

After serving the company for nearly 3 decades, this phenomenal player bid farewell at the Survivor Series 2020. Since his departure, fans are waiting for his rightful comeback in the Hall of Fame. As WrestleMania 38 is planned to take place in Dallas, fans feel that this will be a perfect opportunity for the company to honor him for his contributions to the WWE world.

His arrival at the Royal Rumble will happen at the same time when Vince McMahon announces his promotion to the Hall of Fame. 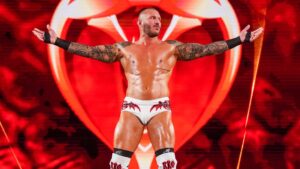 “That’s not official yet,” Randy Orton responds when asked about his Royal Rumble status.